October 18 is Anti-Slavery Day UK. The Anti-Slavery Day Act 2010 is an Act of the Parliament of the United Kingdom to introduce a national day to raise awareness of the need to eradicate all forms of slavery, human trafficking and exploitation. For more information from the UK Government; follow the link

Slavery in the 21st century. Contemporary slavery, also known as modern slavery or neo-slavery, refers to institutional slavery that continues to exist in present day society. Estimates of the number of slaves today range from around 21 million to 70 million.

Modern slavery differs from historical slavery in several ways: There are more slaves than ever before, but they are a smaller proportion of the human race.

Slaves are cheaper than ever and can generate high economic returns. Modern slavery is very cheap, and Kevin Bales has argued that this has made modern slavery even worse than that of Atlantic Slave Trade.

Modern forms of slavery
Nowadays slavery doesn’t only come in the obvious form in which one person owns another person (which is traditionally called ‘chattel slavery’). Other practices that amount to slavery are: Bonded labour or debt bondage. This is when a person’s work is the security for a debt – effectively the person has not been sold, but they are on ‘a long lease’ which they cannot bring to an end, and so cannot leave their ’employer’. One estimate put the number of children in bonded labour in India alone at 15 million at the end of the 20th century. Migrant workers often become bonded labour to pay off those who smuggled them to the new country – they dare not break free for fear of being deported. The UN Working Group on Contemporary Forms of Slavery put the total number of people in debt bondage around the world at about 20 million in 1998

Serfdom
This is when a person has to live and work for another on the other’s land. Other forms of forced labour are: Where passports are confiscated from migrant workers to keep them in bondage; Where a worker is ‘kept in captivity’ as a domestic servant.

Marital and sexual slavery
Forced marriage, including selling wives; Buying women for marriage where the dowry is really a disguised purchase price; The sale, transfer or inheritance of women; Forced prostitution; Any other sexual exploitation of individuals through the use or threat of force or other penalty

No-one seriously defends slavery any more. Slavery is illegal everywhere and so requires corruption and crime to continue. The power of the slave owner is always subject to the power of the state; slavery can only continue to exist if governments permit it to, and some writers claim that government corruption is a leading cause of the persistence of slavery, 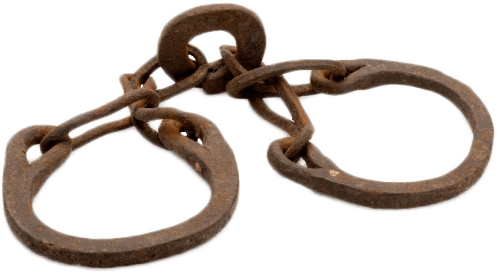