This documentary is James Corbett’s most important and urgent work to date. James Corbett shows how these suspicions are supported by many more lines of evidence, both historical and current. 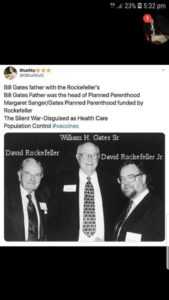 As we have seen in our exploration of Gates’s rise as unelected global health czar and population control advocate, the question of who Bill Gates really is is no mere philosophical pursuit. Given that we are currently living through a crisis that has been predicted by Bill Gates, which is triggering a response from the global health organizations that the Bill and Melinda Gates Foundation has bankrolled and driving us toward a vaccination and biometric ID solution, which Bill Gates has been working on for years, the answer to the question, “Who is Bill Gates?” is quickly becoming one of the most important questions of our lives.

That answer will not only tell us about the world that we are living in but about the one that we are being thrust into and how we can avoid it. Today, we will attempt to answer that question, as we examine the motives, the ideology and the connections of this man who has been so instrumental in shaping the post-coronavirus world…

So, who is Bill Gates? Some argue that he’s a genius who leveraged his natural computer-savvy into a billion dollar fortune. Others insist that he is a visionary who has changed our lives with his foresight and bold imagination. He has been hailed as a shrewd executive who built the Microsoft empire with his remarkable talent for business and he has been praised as a philanthropist who is selflessly devoting his wealth to improving the lives of people around the world but like anyone of his status, he has his detractors… 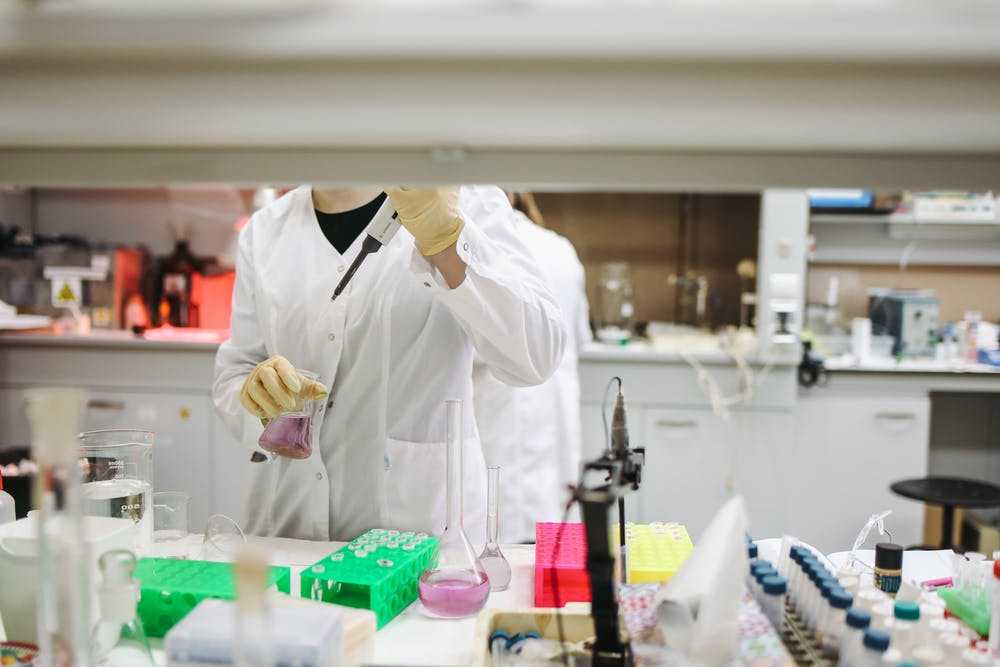 In the 1990s, he was often portrayed as the greedy head of the evil Microsoft monopoly but in the age of the coronavirus crisis he is most often treated like some sort of epidemiologist or leading health researcher. But in truth, none of these perspectives are accurate…

As Gates admits, it is not a spirit of selfless generosity that motivates his interest in vaccines and other lucrative health interventions. He tells one reporter, seen here that his foundation has received $100 billion overall “and there’s been over a 20-to-1 return. So, if you just look at the economic benefits that’s a pretty strong number compared to anything else.”

Gates’ philanthropic investment scheme has paid off well, with his $50 billion dollar net worth having ballooned to over $100 billion after his decade of altruism in the vaccine market.

As critics of his foundation have repeatedly pointed out, the nine million people who die every year of hunger would be best served by securing food supplies, running water and other basic necessities – not costly medical interventions for rare diseases. But there is no return on investment to be made from that kind of charity.

No, this is not about charity. It is about control. The population control grid that Gates has been quietly funding into existence for the past decade; a biometric identification system tied to a digital payments infrastructure that will be used to track, catalogue and control every movement, every transaction and every interaction of every citizen is just now coming into view but the real question is, why is he doing this?

What drives a man like Bill Gates, a man rich beyond the wildest dreams of avarice to spend his time and invest his fortune in schemes to control the population? To find the answer to that question we have to examine Gates’ family background.

Bill Gates, it should not be surprising to learn was born into money. His great-grandfather, JW Maxwell was the President of National City Bank in Seattle. His grandfather, Willard was also a banker and his grandmother, Adele a prominent Seattle civic leader.

Bill Gates’ mother Mary Maxwell Gates was a scion of the Maxwell banking family and by all accounts, as hard-driving as her forebears. She served as a director of several companies including First Interstate Bank Corp and KIROTV of Seattle. She served as a regent at the University of Washington and she was appointed to the board of the United Way of America where, as we have seen, she persuaded IBM CEO, John Opel to help her son in his fledgling software development career.

Bill’s father William H Gates Sr was a prominent Seattle area lawyer. He co-founded a powerful law and lobbying firm, helped Howard Schultz in his bid to buy Starbucks, served on the boards of numerous companies and organizations and along the way, had a profound influence on his son’s life and career

Bill Gates learned much from his parents. From his mother’s banking family, he inherited a “nose for the dollar,” as one childhood friend’s father called it. From his hard-driving legal minded father, he learned the value of legalizing business arrangements. As a child, he even had a legal contract drawn up to grant him the use of his older sister’s baseball mitt…

A “nose for the dollar” and a knowledge of how to use the legal system to get what you want were not the only things to emerge from Bill Gates’ childhood, however. His parents also encouraged discussion about the family’s charity work and the causes they held close to their heart. As Gates revealed to Bill Moyers in 2003, those causes included the population issue, which sparked a lifelong interest in reproductive health…

Gates tips his hand when he equates “issues related to population” with “reproductive health”. The topic is particularly controversial, because “population control” and “reproductive health” have been used for half a century as a euphemism for eugenics, the discredited pseudoscience that holds that certain families are fit to be leaders of society by virtue of their superior genes…

As transparent as it seems to us today, that this ideology was a self-serving, self-justification for the ruling class, it was quickly taken up as the great social crusade of the early 20th century. From Teddy Roosevelt to HG Wells to Julian Huxley to Winston Churchill, there was widespread support for the eugenicist notion that society must strive to make sure that the rich and well-born breed as much as possible and the poor infirm and feeble-minded be prevented from having children…

But in the post-World War II era, as the name of eugenics became tarred by association with the Nazi atrocities, the talk of death panels and other harsh eugenicist notions was dropped from public conversation. Now, the quest to reduce the size of the poor population with……….Read more at ‘Forbidden Knowledge’